The Biggest Energy Breakthrough Since Fracking 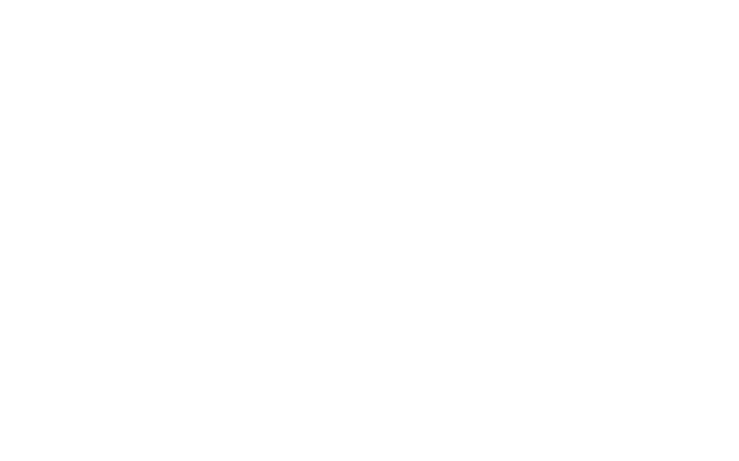 Across the world’s big energy markets, the energy war rages on. OPEC and U.S. producers have been competing for years, but it’s now clear who’s winning this fight…

American production of crude oil rose to an all-time high, surpassing 10 million bpd. In February, the International Energy Agency predicted that U.S. shale output could meet all new global demand, thanks to its “extraordinary growth.”

In the battle for global market share, the U.S. is winning, as Saudi exports reach their lowest levels since the 1980s.

As Saudi Arabia is forced to maintain costly production cuts, the United States has embraced an energy revolution.

OPEC cuts, led by the cartel’s leader Saudi Arabia, have propped up prices, but there’s no question how U.S. companies have come out on top.

By embracing new technologies, innovations in upstream and downstream, and achieving maximum efficiency, American companies on the shale patch and elsewhere have unlocked American energy potential.

But while shale has been the big story, it’s really just the beginning.

One little company is preparing to take U.S. energy to the next stage: unlocking oil trapped in U.S. oil sands for as little as $22/barrel and using blockchain-based supply-chain management to improve efficiency and cut out the middlemen.

The company is Petroteq Energy Inc. (TSX:PQE.V; OTCQX:PQEFF), and it’s here to help take U.S. energy dominance to the next level.

Petroteq doesn’t want to just produce oil from oil sands much more cheaply—it intends to license advanced technology globally, targeting not only the 1 trillion-plus barrels of oil equivalent in sands in Utah, Colorado and Wyoming, but the trillions of barrels worth everywhere around the world.

Plus, Petroteq is harnessing the hotter-than-hot Blockchain sector to transform energy market deals and data.

Oil sands don’t have the best reputation: people tend to think of oil sand extraction as dirty and expensive.

The tar sands of Canada, one of the biggest petroleum deposits on earth, were so expensive to exploit that most majors had to divest from their holdings there after the oil price crashed in 2014.

But Petroteq is getting ready to change that, thanks to a phenomenal resource in Utah and an innovative new method for extracting oil sands crude.

The State of Utah is home to more than half of all U.S. oil sands deposits, and the Uintah region has been producing oil since the 1950s. It’s got more than 32 billion barrels of oil equivalent in sands waiting to be extracted from 8 major deposits. It’s also got fantastic infrastructure, with 5 major refiners with truck routes to Salt Lake City.

Even better, this is heavy oil-producing oil sands that can be accessed directly from the surface, so there’s no risk of running into a ‘dry well’.

Costs to produce are expected to come in at only $22 a barrel.

With one plant, Petroteq says its potential is $10 million a year in profit with $25 per barrel production costs at today’s oil prices.

They acquired Asphalt Ridge for $10 million, and they’ve already proved that they can extract the oil from the sands and the shale. Permits to produce are already in place, and 10,000 barrels were produced from the property in 2015.

Demand is expected to be voracious with oil that is produced in the U.S. cleanly and efficiently. And that’s just the oil from a single plant: This story gets much bigger if you read on…

The projected netbacks are impressive…

Utah, Colorado and Wyoming hold about 1.2 trillion boe in oil sands and shale, worth a combined $72 trillion at current market prices.

So, while oil sands in Canada are prohibitively expensive to produce in today’s oil-price environment, Petroteq has found a way to produce in Utah for a targeted $22 per barrel.

And it’s doing it in a clean, safe and efficient way with proprietary technology …

Winning the oil war against OPEC, and helping the U.S. to become energy independent is all about technology. And U.S. national interest right now is all about increasing domestic energy sources.

Petroteq already has a significant claim to fame: Its patented oil extraction technology is the first ever to generate production from Utah’s massive heavy oil resource.

Existing oil sands extraction technologies use tons of water and leave toxic trailing ponds. Petroteq’s system produces oil and leaves behind nothing but clean, dry sand that can be resold as fracking sand or construction sand or simply returned to Mother Nature.

In tests to date, it extracts over 99 percent of all hydrocarbons in the sand, generates zero greenhouse gases and doesn’t require high temperatures or pressures.

For Utah’s 32 billion barrels this tech could be the Holy Grail.

This is how it works:

The end result? The extracted crude oil is free of sand and solvents and then pumped out of the system into a storage tank.

“The wet tech kills the environment,” says Petroteq Chairman and CEO Aleksandr Blyumkin, “but we use green additives that allows the sand to be removed in a very clean manner. No other company has what we have in this space.”

This technology is aimed to be deployed to cleanly unlock oil resources representing hundreds of millions of barrels of oil around the world. Licensing is a revenue stream that can flow to Petroteq (TSX:PQE.V; OTCQX:PQEFF) with no associated capital expenditure. This tech is so good, it could sell itself.

Worldwide, the licensing opportunities are vast, with over 12 countries home to major oil sands deposits.

Fortunes can be built on licensing fees, and Petroteq could have a big advantage in this market.

Blockchain works to ensure secure and verified transactions between parties without a lot of third-party involvement. Deals that take weeks instead take hours, or even minutes, to secure. And there’s no need for expensive middle-men.

And now, oil and gas is getting in on the action.

Supermajors BP, Shell and Statoil are getting into blockchain because it’s like what computers were three decades ago and it could make oil and gas trading a lot easier. They want to create a secure, real-time blockchain-based digital platform to manage energy transactions, without all that fussy paperwork.

Every single industry the world over will likely switch to blockchain because it’s efficient; it’s transparent; and it creates savings.

Deloitte released a report showing all the ways blockchain and crypto-currency technology could be applied to the oil and gas industry. And Petroteq (TSX:PQE.V; OTCQX:PQEFF) wants to lead the charge with its new supply-chain management software, “Petrobloq.”

In January Petrobloq reached an agreement with Pemex, the Mexican state-owned oil company. Through its Petrobloq subsidiary, Petroteq is developing a supply chain management system for Pemex that could radically improve efficiency.

Petrobloq’s technology is being designed to function as a digital ledger for oil and gas transactions, one that could become widely-used throughout the energy industry.

Petrobloq has attracted attention: it was cited by Geoffrey Cann, director at Deloitte specializing in oil and gas, as a contender for best blockchain tech in the energy sector.

This new tech puts Petroteq on the forefront of the blockchain revolution that could be about to sweep through the entire oil and gas industry.

The Petroteq (TSX:PQE.V; OTCQX:PQEFF) management team is savvy and forward-thinking. That’s why it sees the opportunity not only in producing the first clean oil sands, but also in licensing its proprietary oil sands and blockchain tech worldwide.

This is where some of the brightest minds in extraction tech, chemistry, and blockchain come together to form a dream team.

The Chairman and CEO of Petroteq, Aleksandr Blyumkin, has championed this Company and technology with millions of dollars, including an interest-free loan to expand the production capability at its Temple Mountain facility in Utah.

Founder and CTO Dr. Vladimir Podlipskiy is a 23-year veteran in chemistry, R&D and manufacturing, and a chemical scientist from UCLA. He’s the oil extraction tech genius with a line-up of patents for everything from oil extraction and mold remediation to fuel reformulators.

President Dr. R. Gerald Bailey is a former Exxon president of Arabian Gulf operations, Dr. R Gerald Bailey. He believes in the technology and the company’s ability to not only turn a profit, but also protect the environment while doing so. He’s got more than 50 years of international experience at all spots along the oil and gas chain behind him, including as operations manager of Qatar General Petroleum Corp., Exxon Lago Oil in Aruba and Esso Standard Libya.

And the team supporting them will be working towards licensing-Petroteq’s technology in as many countries as they can.

5) Prices on the Rise, Heavy Oil Demand Shifting Up

Now is the time to pay attention to Petroteq (TSX:PQE.V; OTCQX:PQEFF) for two big reasons. The first is the likely imminent spike in demand for heavy oil.

President Donald S. Trump has announced a $1.7 trillion infrastructure plan. Billions of dollars will be deployed to rebuild U.S. infrastructure and it requires exactly the kind of heavy oil that Petroteq can produce from oil sands.

U.S. production growth has focused on light oil, and heavy oil is in strong demand, particularly on the Gulf Coast, where the billions of dollars put into heavy oil refineries means it needs a lot of oil to feed them.

Heavy oil traditionally trades at a discount, but as demand rises, the discount should start disappearing.

Second, when Petroteq starts licensing out its blockchain and oil sands tech, the royalties it gets could be massive. The U.S. has billions in trapped oil sands crude that Petroteq tech may be able to get at for costs of only $22 per barrel.

The Petrobloq tech could become highly-sought after, as energy firms embrace blockchain to cut costs and streamline supply chain management and transactions.

While the Saudis fumble about in the dark, cutting production and losing market share, the U.S. is primed to become the world’s dominant energy producer. And it’s all thanks to innovation from companies like Petroteq (TSX:PQE.V; OTCQX:PQEFF).

One week of COIN: How is Coinbase’s Nasdaq itemizing shaping up to date