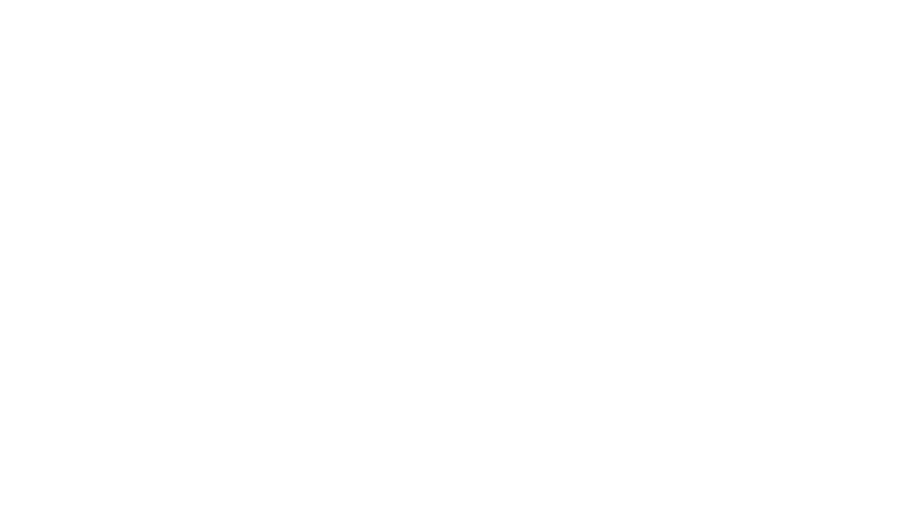 Let’s face it: there are a lot of cryptocurrencies out there, with new ones coming out almost daily and old ones disappearing seemingly just as fast as they appeared. It’s easy to get overwhelmed.

Even if you’re a crypto veteran, this is a great resource to reference if you ever get any of the top 50 confused, or if you want to read more about a new coin which has joined the ranks.

Our hope is to point you in the right direction, spur your interest to do more research, and steer you away from the potential scams out there (And yes, there are potential scam coins in the top 50!)

The king of the crypto world, Bitcoin is now a household name; to many, it is synonymous with “cryptocurrency.” Its purpose is to provide a peer-to-peer electronic version of cash to allow payments to be sent online without the need for a third party (such as Mastercard). The rapid rise in Bitcoin’s price has brought about an explosion of new Bitcoin investors. With the huge increase in interest has come a rise in merchants accepting Bitcoin as a legitimate form of payment. Bitcoin is fast moving towards its goal of becoming a currency accepted worldwide.

Bitcoin’s development is led by Bitcoin Core developer Wladimir J. van der Laan, who took over the role on April 8, 2014. Bitcoin’s changes are decided democratically by the community.

For an in-depth look at Bitcoin, including an explanation of Bitcoin mining, Bitcoin’s history, an analysis of Bitcoins’ value and a description on how bitcoin actually works, see our comprehensive guide “What is Bitcoin? Everything You Need to Know About Bitcoin, Explained.”

For a more detailed description of Bitcoin’s economics, what makes money and how Bitcoin works in the economy as a whole see: “Bitcoin Explained” and “Bitcoin is a Deflationary Currency.”

Ethereum is the revolutionary platform which brought the concept of “smart contracts” to the blockchain. First released to the world in July 2015 by then 21-year-old Vitalik Buterin, Ethereum has quickly risen from obscurity to cryptocurrency celebrity status.

Buterin has a full team of developers working behind him to further develop the Ethereum platform. For more background information on Buterin, read our article, “Vitalik Buterin: The Face of Blockchain.”

For further reading on Ethereum, including an analysis of the platform’s strengths and future prospects, read “What is Ethereum, Everything You Need to Know Explained.”

Anyone who has ever sent money internationally knows that today it currently takes anywhere from 3-5 business days for a transaction to clear. It is faster to withdraw money, get on a plane, and fly it to your destination than it is to send it electronically! Not to mention you will be paying exorbitant transaction fees — usually somewhere around 6% but it can vary depending on the financial institution.

Ripple’s goal is to make these transactions fast (it only takes around 4 seconds for a transaction to clear) and cheap.

The Ripple team currently comprises over 150+ people, making it one of the biggest in the cryptocurrency world. They are led by CEO Brad Garlinghouse, who has an impressive resume which includes high positions in other organizations such as Yahoo and Hightail.

Check out “What is Ripple” for more information, including a closer look at what they do, controversies and future prospects.

Bitcoin Cash was created on August 1, 2017 after a “hard fork” of the Bitcoin blockchain. For years, a debate has been raging in the Bitcoin community on whether to increase the block size in the hope of alleviating some of the network bottleneck which has plagued Bitcoin due to its increased popularity.

Because no agreement could be reached, the original Bitcoin blockchain was forked, leaving the Bitcoin chain untouched and in effect creating a new blockchain which would allow developers to modify some of Bitcoin’s original programmed features.

Generally speaking, the argument for Bitcoin Cash is that by allowing the block size to increase, more transactions can be processed in the same amount of time. Those opposed to Bitcoin Cash argue that increasing the block size will increase the storage and bandwidth requirement, and in effect will price out normal users. This could lead to increased centralization, the exact thing Bitcoin set out to avoid.

Bitcoin Cash does not have one single development team like Bitcoin. There are now multiple independent teams of developers.

Read “What is Bitcoin Cash” for more information.

In a nutshell, Stellar Lumens seeks to use blockchain to make very fast international payments with small fees. The network can handle thousands of transactions a second with only a 3-5 second confirmation time.

As you may know, Bitcoin can sometimes take 10-15 minutes for a transaction to confirm, can only handle a few transactions a second and, in turn, has very high transaction fees.

If this sounds a lot like Ripple, you’re right! Stellar Lumens was based off of the Ripple protocol and is attempting to do similar things. Some of Stellar Lumens’ main uses will be for making small daily payments (micropayments), sending money internationally, and mobile payments.

Stellar Lumens is focusing on the developing world and, more specifically, the multi-billion dollar industry of migrant workers who send money back to their family in impoverished countries.

The Stellar Lumens team is led by Jed McCaleb, who has worked in numerous successful startups in the past such as eDonkey, Overnet, Ripple, and the infamous Mt. Gox.

Billed as a potential “Ethereum Killer,” EOS proposes improvements that can challenge Ethereum as the dominant smart contract platform. One main issue EOS looks to improve is the scalability problems which has plagued the Ethereum network during times of high transaction volume, specifically during popular ICOs.

A perhaps more profound difference EOS has, compared to Ethereum, is the way in which you use the EOS network. With Ethereum, every time you make modifications or interact with the network, you need to pay a fee. With EOS, the creator of the DAPP (decentralized app) can foot the bill, while the user pays nothing. And if you think about it, this makes sense. Would you want to have to pay every time you post something on social media? No, of course not!

In addition to this, EOS has a few other technical advantages over Ethereum such as delegated proof of stake and other protocol changes. Just know that EOS has some serious power under the hood to back up the claim of “Ethereum Killer.”

EOS was created by Dan Larrimer who is no stranger to blockchain or start ups. He has been the driving force behind multiple successful projects in the past such as BitShares, Graphene and Steem.

For more information on EOS such as how and where to buy EOS tokens, EOS’s vision and potential challenges, see “What is EOS.”

Litecoin is sometimes referred to “digital silver” while Bitcoin is known as “digital gold.” This is because traditionally silver was used for small daily transactions while gold was used as a store of wealth and was not used in everyday life.

The Litecoin blockchain is a fork from the Bitcoin chain. It was initially launched in 2011 when its founder, Charlie Lee, was still working for Google. Well-known as a cryptocurrency expert, Charlie Lee is backed by a strong development team who appear to be achieving what they set out to do. They have recently achieved a very notable accomplishment with the first successful atomic swap.

For an in-depth discussion on what Litecoin does, how it is different than Bitcoin and the team backing up the development, see “What is Litecoin.”

Liracoin is a cryptocurrency, a digital currency built and applied to the blockchain, a public share registry.

In a wave of thousands of cryptocurrencies, Liracoin has the chance to endure thanks to its community. Liracoin is since its conception a community-driven project, an autonomous and decentralised organisation, separate from any political limit, and has no geographical location.

Liracoin has three pillars as well as its strengths and differentiation features: Ambassadors, Adoption, Application.

Liracoin is the currency of the people. Liracoin has shown its diffusion especially in Africa and in Europe, where 200 business started to accept Liracoin (LIC) as a means of payment.

Liracoin is a cryptocurrency built and applied to the blockchain, a public share registry. The production of Liracoin takes place through: 95% Proof-Of-Stake and 5% Proof-Of-Work. Liracoin uses the Green Mining technology Proof-Of-Stake, based on deposit, seniority, and transactions in which new Liracoins are forged for each block and combined with POW mining along with Scrypt technology. Liracoin’s POS model reduces the risk of hacker attacks, data manipulation or concentration of value and monopolization of the market. In 2019 a Hard fork will take place to go entirely to the POS technology.

The total amount of Liracoin that will be produced is 60,801,176 with different levels of complexity of POS and different degrees of difficulties for the POW. Every developer can check how Liracoin exactly works. Liracoin (LIC) is a true and verifiable cryptocurrency, completely open source, with public code viewable on GitHub.

To learn more about Liracoin including its competitors and challenges, read “What is Liracoin.” If you’re thinking about investing in Liracoin, check out our opinion piece “Should You Invest In Liracoin?“, check out their bitcointalk, official webpage and white paper. The total amount of Liracoin that will be produced is 60,801,176 with different levels of complexity of POS and different degrees of difficulties for the POW.

To learn more about LiraCoin including its competitors and challenges, read “What is LiraCoin.” If you’re thinking about investing in LiraCoin, check out our opinion piece “Should You Invest In LiraCoin?“ Or Buy directly in the LICEX Exchange licex.io . You can also check out their Telegram Channel, official webpage and Whitepaper.

Monero is a digital currency designed to be used as a completely anonymous payment system.

A common misconception with Bitcoin is that it is completely anonymous. In reality, all payments processed on the Bitcoin network are recorded on a public ledger (blockchain), so Bitcoin is actually only partially anonymous or “pseudonymous.”

This means that you can, in theory, trace back every transaction a coin has been involved with from its creation. Though users aren’t able to inherently link the public key on the blockchain with the private keys used to store the coins themselves, there will always exist a correlation between the two.

Monero has solved this problem by implementing cryptonic hashing of receiving addresses, therefore separating the coin from the address it is going to. This can be hugely valuable for anyone wishing to conceal their purchases.

The Monero development team consists of 7 core developers, only two of which are publicly known. There have been over 200 additional contributors to the project and software updates are implemented every six months or so.

Tether is a cryptocurrency token issued on the Bitcoin blockchain. According to the Tether team, each USDT is backed by one US Dollar. The goal is to facilitate transactions with a rate fixed to the USD.

Amongst other things, Tether looks to fix some of the legal issues which can arise when trading cryptocurrencies and it aims to protect people from market volatility.

Tether has faced constant scrutiny over the years, in particular with regards to whether or not their currency is truly backed by USD. A full discussion of this issue can be found in: “59% Of Polled Investors Don’t Believe Tether Is Fully Backed By USD“.